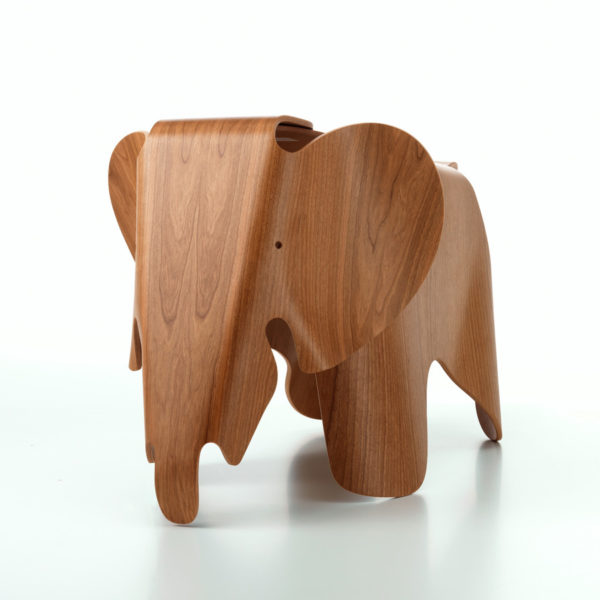 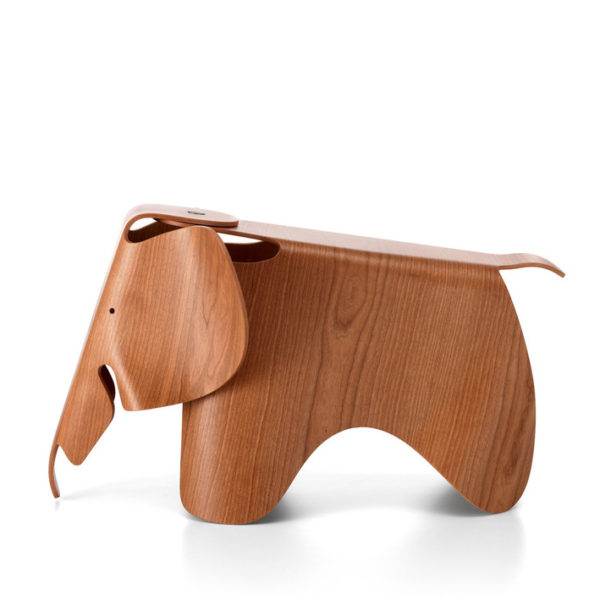 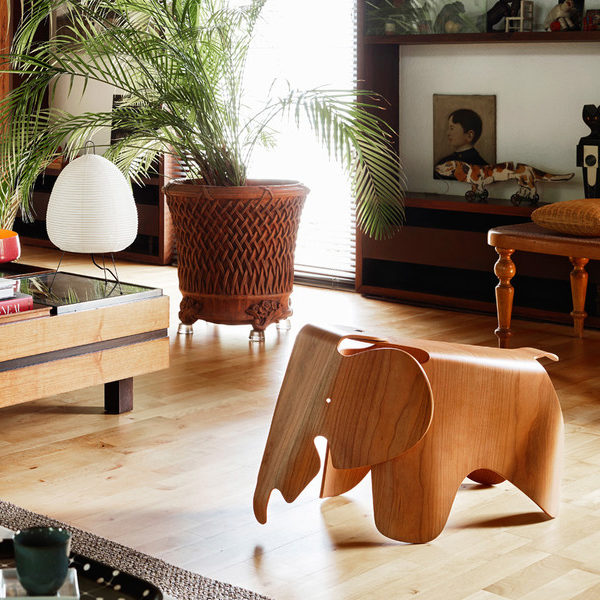 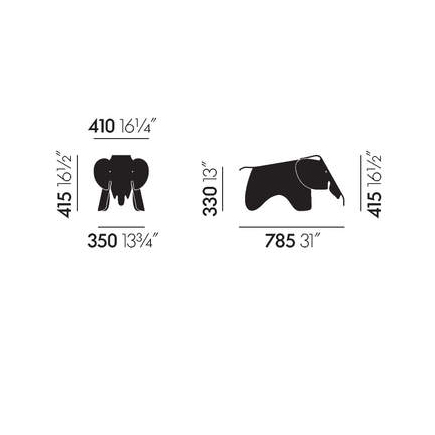 Charles and Ray Eames developed a toy elephant made of plywood in 1945; however, this piece never went into production. One prototype was shown at the Museum of Modern Art in New York in 1946 and still survives in the Eames family archives today. After a limited edition in 2007, Vitra has now launched serial production of the Eames Elephant in plywood for the very first time.

The Eames Elephant is also available in plastic, ideal for children, as well as in a smaller version, Eames Elephant (small), which comes in a variety of colours and is also made of plastic.